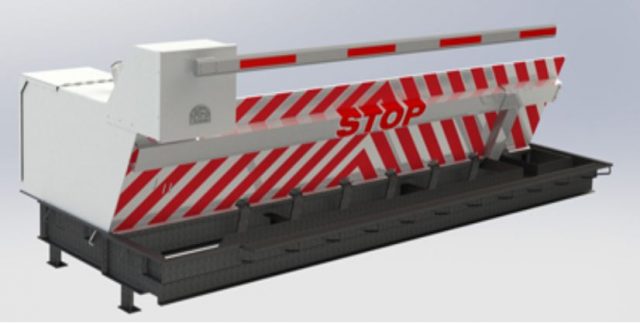 I read a rather disturbing article which was published last Thursday in Just Security. It was entitled: “Vehicle Ramming: The Evolution of a Terrorist Tactic Inside the US“.

The article stated that according to the Department of Homeland Security (DHS) “vehicle ramming is…when a perpetrator deliberately aims a motor vehicle at a target with the intent to inflict fatal injuries or cause significant property damage by striking with concussive force.” These incidents are occurring in the U.S. with increased frequency and we must take preventative counter-terrorism action to guard against them.

Several recent incidents were noted including a car driving down a Seattle, OR freeway on July 4th, an SUV driven in Mishawaka, IN that same day and another on July 6th in Bloomington, IN. References were made to attacks by white supremacists in this country that have used vehicles to attack civilians during recent protests and marches as well as those used by jihadists around the globe. The New York Times recently categorized 66 vehicle-ramming incidents since May 25trh, the day George Floyd was killed.

These vehicular ram attacks are “an unsophisticated and low-tech tactical innovation (which) minimize the potential for pre-attack detection by law enforcement while retaining the potential to inflict serious fatalities” per the author. The article claims that the tactic was originally used by Hamas in the West Bank.

It has become a preferred tactic used against large Western crowds. As a result, vehicle ramming has become popular across a variety of terrorist groups regardless of their ideology, affiliation or type. It is a means to grab attention and instill fear.

We must become more vigilant and create barriers and countermeasures to protect both property and people from injury and even death. We have previously written about attacks around the globe on this blog and have made suggestions about preventative counter-terrorism security measures such as the installation of wedge barriers and crash rated bollards. These can protect pedestrians, cyclists and tourists from terrorists who may use trucks and autos as weapons.

Call ECI at 847.949.0134 for your counter-terrorism security needs or for service or preventative maintenance on existing equipment. Or click below for direct contact information.