Anti Terrorist Swing Gate Barriers To Be Active In Cambridge 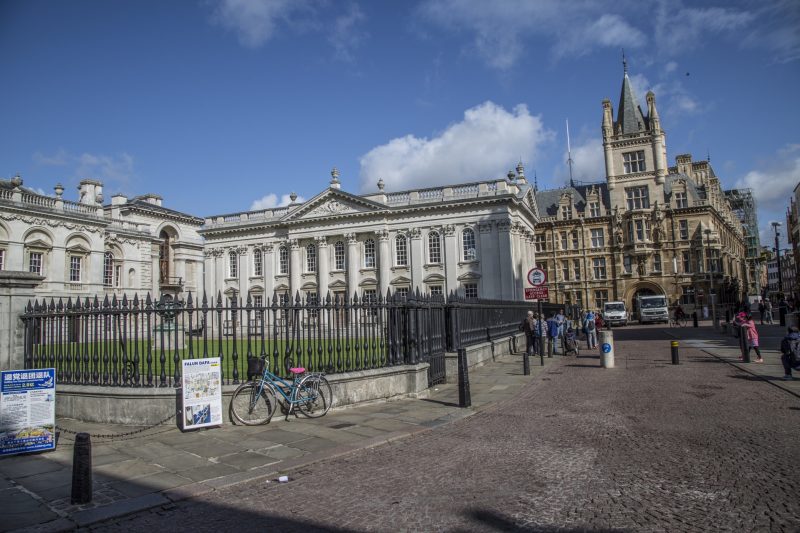 Just last October we reported “Temporary Anti Terrorist Barrier | Kings Parade In Cambridge“. The city council in England then made plans to install a temporary barrier across this busy thoroughfare in an effort to prevent possible terrorists using vehicles to attack pedestrians during busy times of the day.

The threat of terrorist attacks and recent incidents in London, elsewhere in England and around the globe, precipitated taking these counter-terrorism measures in an effort to protect the general public. A video can be seen in that article showing the foot and cyclist traffic in Cambridge.

Road.cc reported last week that the anti-terrorist barriers will go live in mid-January in its article entitled “Anti-terrorism barriers for one of UK’s busiest streets for cycling“. The installation of a swing gate barrier is on an 18-month trial basis. After the test period an assessment will be made and recommendations for permanent barriers or alternatives such as street narrowing given.

This is a very busy street for bicycle riders. It is often crowded with students on their way to college classes as well as local residents and tourists. Although a gap will be provided for pedestrians and cyclists, concerns have been raised over its effects on cyclists.

The city of Cambridge is located just east and north of London, England.

Call ECI at 847.949.0134 for an evaluation of your security needs as well as service and preventative maintenance on existing equipment. Or click below for direct contact information.