Crash and Grabs And Low Speed Vehicle Crashes In My Alerts 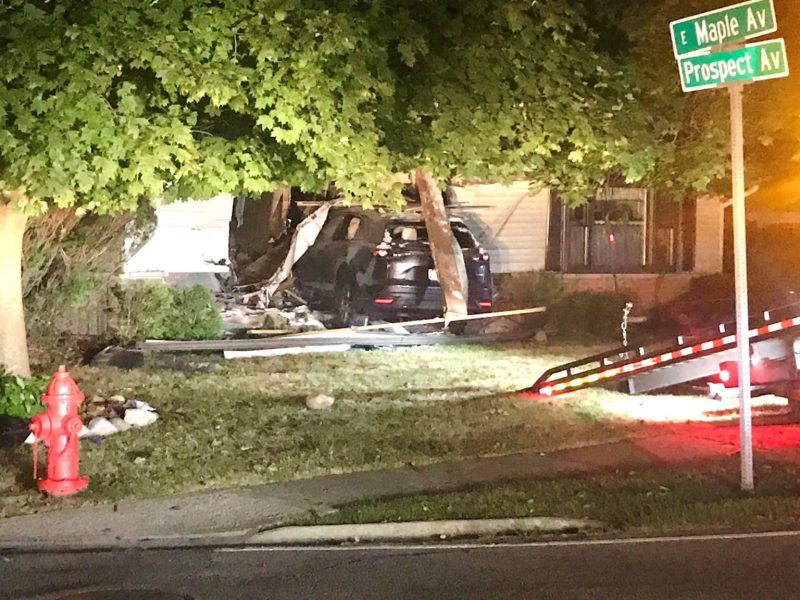 I was thinking about crash and grabs and ram raids after reading about the low-speed vehicular incident in Mundelein. I received an alert from the Lake and McHenry County Scanner earlier today. It reported “1 injured after car slams through Mundelein home, leaving it uninhabitable”.

A black SUV struck a utility pole after leaving the road. The car then crashed into a single-family home (as shown above) in this low-speed incident. The driver sustained minor injuries, but the home was left uninhabitable.

This just after my recent report “Low Speed Accident Injures Driver and Damages Funeral Home” just a few weeks ago. There a driver was injured after crashing into a residence at a funeral home in Wheeling.

I also received another alert today which followed up on a crash and grab in Australia last Christmas. This led me to news of a New Zealand ram raid that occurred the very same day. This one included an interesting video.

You know I like to share videos with you, but I can not embed this one, you will have to visit the story site. “Christmas ram raid: Shocking CCTV captured van crashing into Hamilton dairy” was published by the NZHerald site.

The short video in the article shows a light-colored SUV as it backs into the front doors of a food market. First a female exits from the front passenger side of the vehicle after it rams through the doors. She goes into the store following another perpetrator in a black hoodie who came down the street. (Perhaps he was a lookout.)

Another perpetrator exits the passenger sliding door and enters as well. (You may think it was two more people as I did initially, but apparently the video skips and re-records.) A fourth person, the driver, next exits and enters the store. They are in the store less than 30 seconds and then they exit, get into the car and they drive away. Four of them and they get away with almost nothing!

I was interested if there was an additional report on the incident. I could not find any, but I did turn up another ram raid reported in Hamilton. A few weeks later Stuff reported, “Ram raid at Hamilton mall as thieves attempt to break into jewellers”.

In this ram raid a group of three perpetrators drove a stolen Toyota through glass doors at a shopping center. They unsuccessfully tried to break into a jewelry store after the ram raid. The car was abandoned at the scene.

I have written many times about the injuries, even deaths, as well as the damages incurred in ram raids and low speed vehicular accidents. Some, not all, can be prevented.

Call ECI today at 847.949.0134 for an expert evaluation of your providing perimeter security needs. Or feel free to click below for direct contact information.