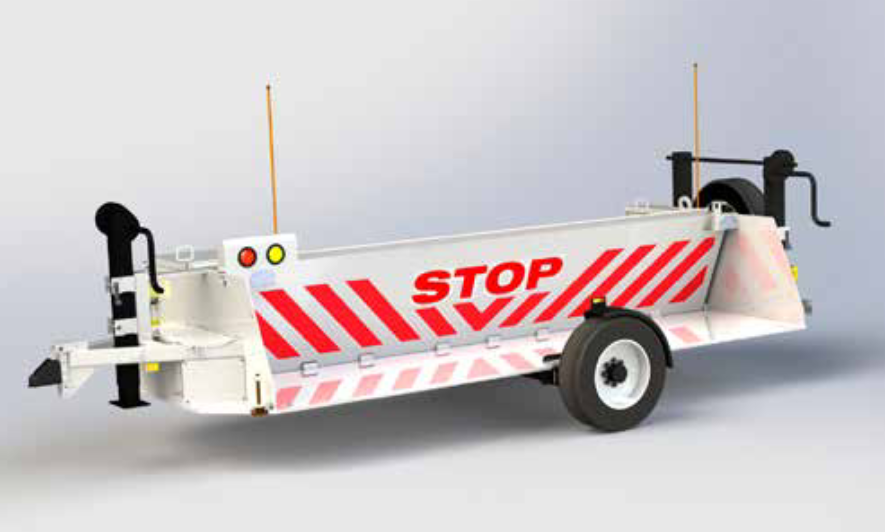 We were all shocked by the latest attempted assault on the capitol this past Friday and the resulting loss of life and injury. The incident was described by some as the most serious terrorist attempt on the capitol since January 6th.

I was initially shocked by the occurrence. One thing did stand out to me after my initial shock. It was the video of the assailant’s car with flashers on after it was brought to a halt after crashing into the wedge barrier.

The images of the police officers, a police car, the yellow ‘Police Line Do Not Cross’ tape, red stop lights, etc., were also noted in my mind. But the emblazoned words “STOP” stood out as I was reminded of the wedge barriers we furnish and install at ECI. I also just imagined what further tragedy could have occurred had it not been for the success of the barriers.

The image above is a similar perimeter security wedge barrier available from Nasatka, one of our equipment suppliers. It is a portable or relocatable barrier “used for intermediate-threat security areas requiring versatile perimeter protection.”

Thus they are meant to be temporary. And besides being portable, these wedge barriers don’t require excavation to be installed and used. They do not damage or mark the roadway’s surface.

Nasatka models are available to fit openings of 12-foot, 16-foot and 20-foot. These barriers are crash rated but the first and last are rated at the lowest certification rating, K4. The 16-foot size is crash rated at K8.

Learn more about K rating on our Crash Rated Bollard page and you can also read more about Wedge Barriers.