Security Bollards Are in the News Again Around the World

Just last Saturday a man drove a van into a crowd of people in Munster, Germany. He killed two while another 20 were also injured. This does not appear to be an act of terrorism.

This incident happened as Munster was planning to install security bollards before a large Catholic convention next month. The Deutsche Welle reported that the streets in the area of the attack were not scheduled to be protected. So even if they had been installed, the security bollards would not have deterred the attack.

The article raises questions concerning obvious weaknesses in this huge investment required to protect citizens and visitors with very expensive security bollards. Where should the bollards be placed to best protect the public? Which bollards are most effective in stopping large trucks traveling at high rates of speed? Is the effort worth the cost?

It is rather easy to design protection for high security targets where there are a limited number of controlled access points (see below). However, this is not the case in protecting the general public.

You can read more at “Do bollards offer protection against vehicle attacks?”

Sentencing for Breach Attempt at US Air Force Base

Just last week the Bossier (Louisiana) Now reported sentencing of a man who drove his GMC Yukon into a security bollard guarding a gate at a U.S. military facility. The incident took place at the Barksdale Air Force Base’s west gate last year. The 35 year old is to spend up to a year in prison with three years of supervision to follow. He was also sentenced to pay back nearly $18,000 in damages..

You can read more at Bossier Man Sentenced to Prison for Crashing a Gate at Barksdale. 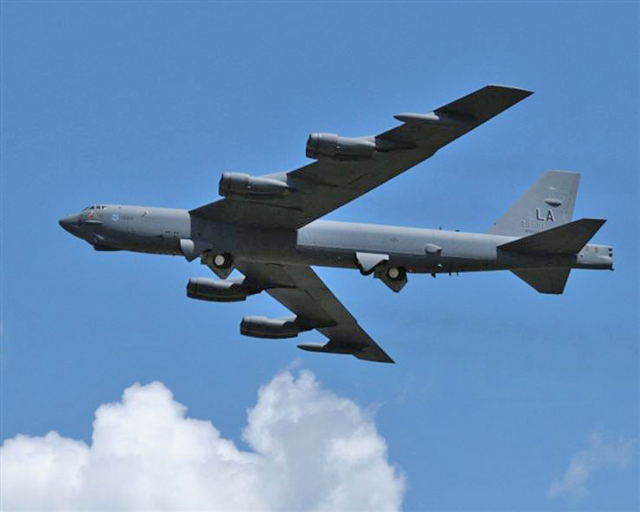 Barksdale Air Force Base is home of the US Air Force 2nd Bomb Wing. Three bomb squadrons of B-52 Stratofortresses (see image above) operate from there.

Channel NewsAsia recently ran a story entitled: “London hardens itself one year on from Westminster attack”.

More than 25 years ago London, England started constructing safe zones in its financial districts. A combination of security bollards, entry checkpoints and surveillance cameras were strategically positioned in an effort to counter terrorism attacks in the safe zone areas.

Over time these security measures were expanded further to include additional governmental and palatial areas. Then just over a year ago London experienced a terrible terrorist vehicle attack in Westminster.

Driving along the pavement on Westminster Bridge and the adjoining street on March 22nd, the attacker killed 5 and injured over 40 others. He was shot dead after crashing his car and stabbing an unarmed police officer fatally.

Since then an ever increasing security bollard landscape has evolved as protection against future terrorism attacks. The article discusses some of the pros and cons of this strategy.