Two Devastating Ram Raids At Opposite Sides Of The Globe 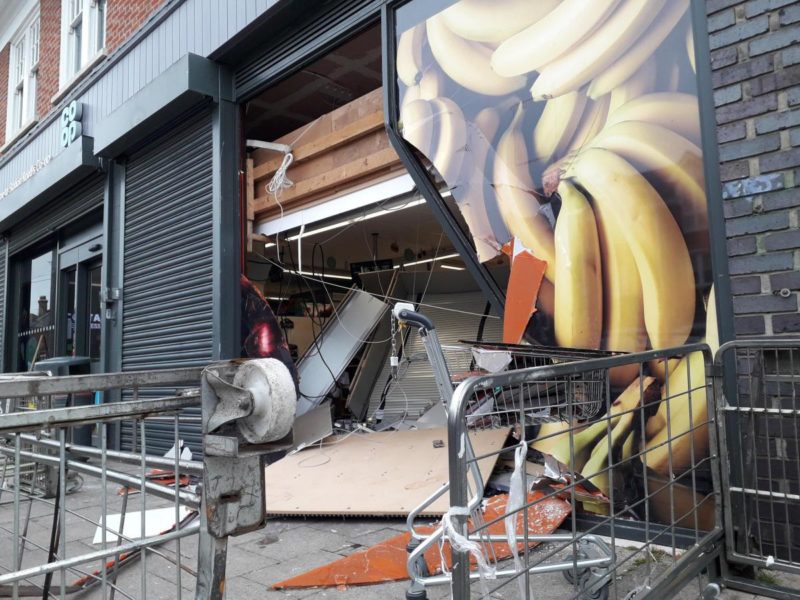 I received one alert last week about two recent crash and grabs. The first one happened (again) in New Zealand and the other in the UK.

I read “Liquor store owner in Hamilton wakes to second ram raid this year” as reported by Stuff first. The disturbing aspect of this story is that a liquor store was victimized for the second time.

A Claudelands liquor shop was ram raided less than a week ago in Wednesday’s early morning hours. It was the second crash and grab at the same location since February.

A car drove through the security gate and front windows of the store causing extensive damage. An alarm was sounded and the owner was notified. He arrived at the scene after the police did.

A police official noted a task force has been set up. The goal is to target numerous cases where stolen cars and other vehicles have been used to crash and grab shop fronts in the area. We have reported a number of recent ram raids in the Hamilton area.

“What happened at the petrol station taped off by police in Castle Donington” was reported by the Leicester Mercury. It involved another crash and grab that very same day. Again, the event occurred in the early morning hours last week on Wednesday.

Here perpetrators used a Ford Transit to ram into an ATM at a gas station. The thieves left the damaged van behind and fled with an undisclosed amount of cash. A video shows the ram raid area cordoned off with “Crime Scene” tape and forensic investigators on premises and removing evidence.

Castle Donington is a market town in the middle of England. It lies between Liverpool and London.

As I have stated prior, oftentimes the damage resulting from these crash and grabs far exceeds the loss of goods or cash.