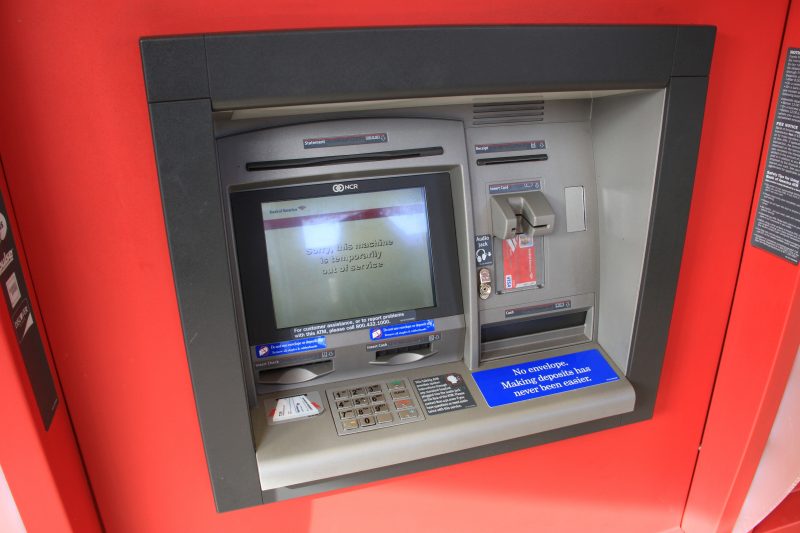 Cambridge News, a news website for Cambridgeshire, reported this crash and grab assault last year on an Aldi store. The story was titled: “Dramatic footage shows ram-raiders smashing into Aldi doors” and included some vivid video footage released by the police department.

The video is a composite which first shows a stolen Land Rover Defender smashing through the front windows of the Aldi store while backing up in reverse. The car pulls out and backs up again at a high rate of speed.

The force knocks over the ATM machine which is located near the store entrance. However, the Land Rover gets hung up on the debris and three of the offenders try rocking the car to free it.

They must manage to free the vehicle although it is not shown on the composite video. Next, a strap is placed around the ATM and it is pulled out of the store.

Another camera, outside of the store, shows four offenders lifting the ATM into the back end of what is reported to be a dark Volkswagen Golf. The car pulls away from the store. Another vehicle, a light colored hatchback, may have also been involved in the theft.

This incident is under investigation and considered to have been one in a series of similar events where stores were attacked and ATM machines stolen.

Cambridgeshire is a county in eastern England and is located north of London.

ECI continues to report these types of incidents where cars, trucks and construction equipment are used to smash through storefronts and steal ATMs. We therefore hope to raise awareness of the threat and offer our products and services as possible alternative countermeasures which can help prevent this destruction from happening to you.

Learn more about Crash Rated Bollards or call ECI at 847.949.0134 for a no obligation site threat assessment. You may click below for direct contact information.