Security Bollards Planned or In Place In South Florida Areas 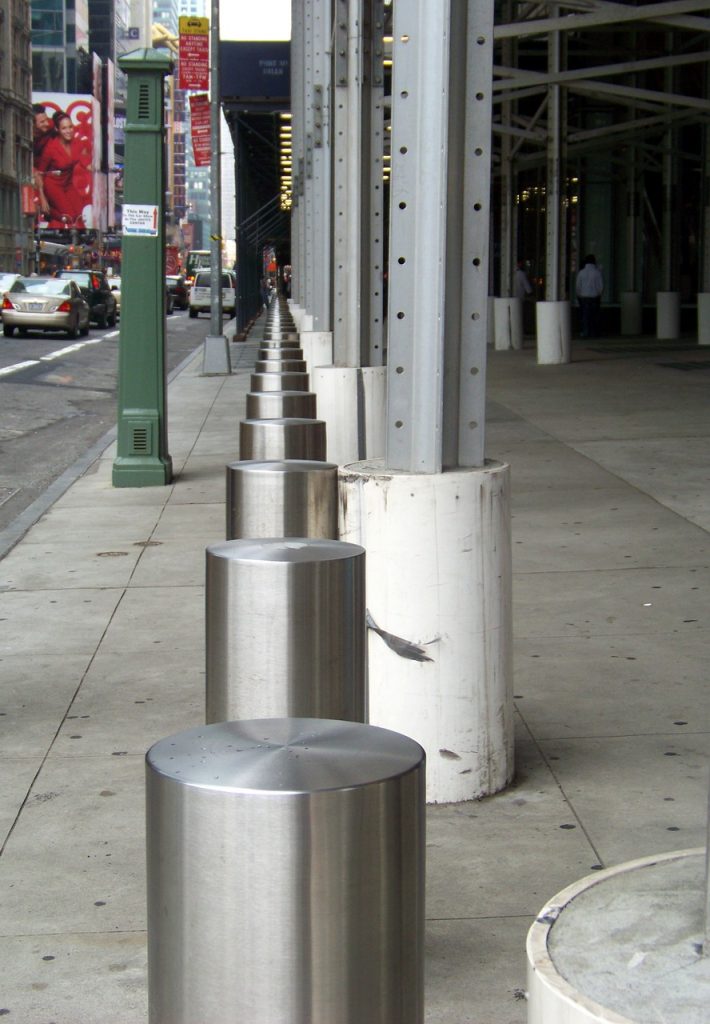 The South Florida Sun Sentinel reported last month that several communities in that region are considering installing security bollards to protect pedestrians in beach front areas frequented by citizens and tourists. Miami Beach and Hollywood are two of the areas mentioned in the article “Steel poles would keep terrorists from plowing into pedestrians on beach walkways”.

Steel poles are defined in the article as security bollards as shown in New York City to the left. Other communities such as and Hallandale Beach and Pompano Beach have already installed protective barriers.

These actions are in response to the terrorist attacks that have occurred in Spain, France as well as in New York City where vehicles were used to mow down pedestrians. Law enforcement officials realize that the same can happen in their local communities and it is better to take preventative action.

Today a bond request was being voted on in Miami Beach where $4 million of bollards are suggested.

There is a plan in Hollywood to install bollards to prevent vehicles from driving along their beach front, the Broadwalk, both accidental and intentional terrorist attacks. They already had one incident with a Uber driver whose GPS steered him incorrectly onto the Broadwalk.

$500,000 will be earmarked for bollards at Hollywood beach entrances. Gates will allow emergency vehicles access elsewhere. Hollywood has been considering doing this since October, 2017 when New York City experienced the terrorist attack on pedestrians where a vehicle was used. That incident killed eight and injured 11 others.

We at ECI have been strongly encouraging the use of these effective means to prevent injuries and death to pedestrian. Learn more about Crash Rated Bollards.