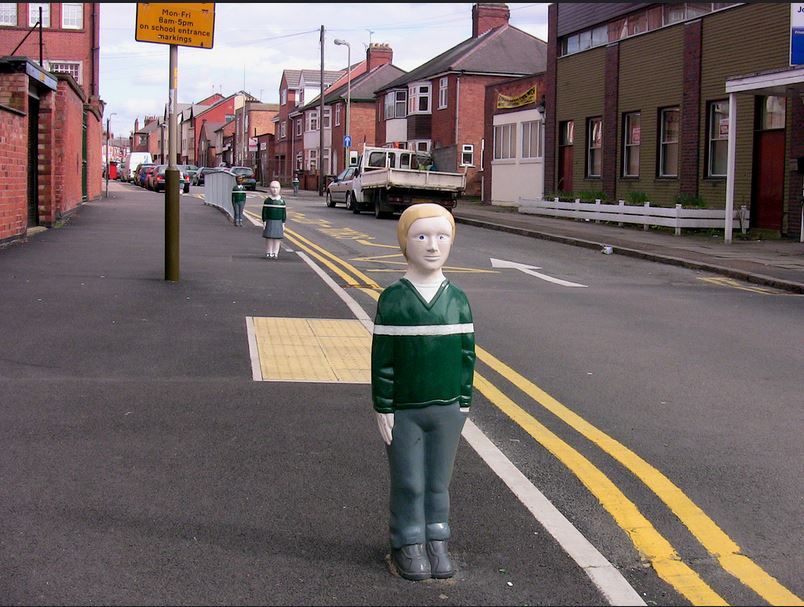 Perimeter security bollards and street bollards serve an important purpose. Bollards can help to direct traffic but more importantly they help to protect people from injury and protect property from damage from vehicles. It doesn’t matter whether the use of vehicles against people or property is accidental or intentional.

I thought I would again take a change of pace away from the seriousness of perimeter security bollards. I found an article entitled “The Fun Side of Bollards” posted on Furnitubes last year. The site boasts having one of the largest bollard selections in the UK.

The above photo named “Creepy Bollards” was one of those funny bollard pictures featured. These bollards are shaped as and painted to resemble children. They are placed outside of schools with the hope of inducing drivers to slow down. However, the reviews were mixed, thus the term creepy.

The article also features a picture of street bollards adorned with cute knitted or crocheted covers in Madrid, Spain and mentions other such decorated bollards throughout England.. 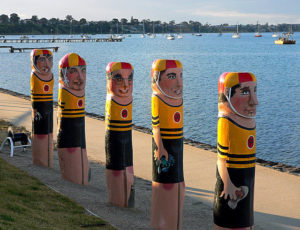 The same bollard picture (from Autralia) I wrote about this past June in “Is The Rumored World Bollard Association Fact or Fiction” is also shown. Here the artist used demolished pier timber for his bollard creations.

I thought the best of the lot was a hand painted bollard that resembles the Mona Lisa. This bollard photo was supplied by Heather Cowper and is in Winchester, England.

Learn more about the different types of crash rated bollards and call ECI at 847.949.0134 for a review of your next bollard project.