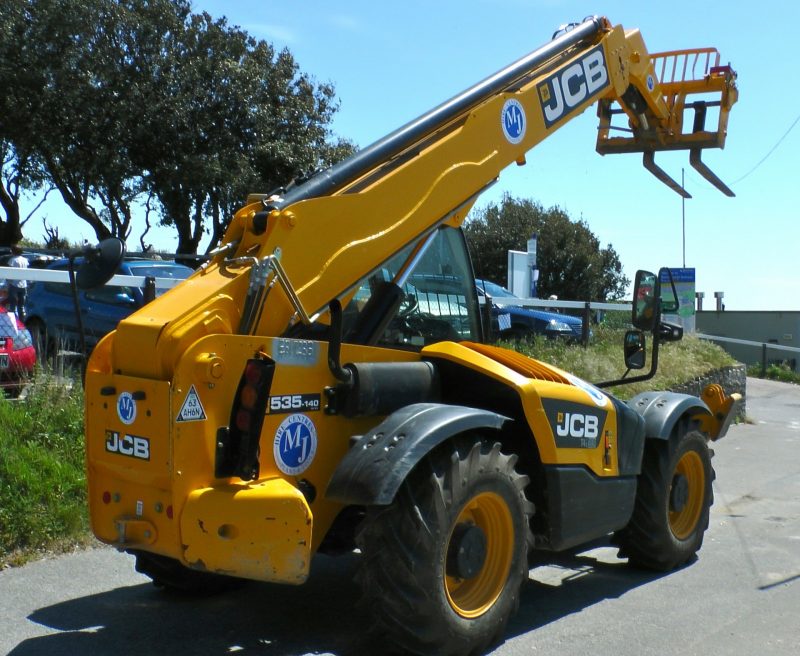 Just hours ago BBC News reported a crash and grab in an attack in Torphins, (located in northeast) Scotland on a cash machine in one of that village’s stores. The story was entitled: “Forklift used in Torphins cash machine ram-raid”. In photos in the article, the store, Sootmid Co-operative, appears to be housed in a church.

A heavy construction telehandler (similar to the one pictured above) and two other vehicles were found nearby along with the ATM. It did not appear that the thieves were able to retrieve any cash from the machine.

The story also reported that a woman was actually taking pictures of the crime being committed by three males as it was unfolding.

A telehandler is a four wheel drive forklift type device used in construction areas. They have telescopic booms which can be fitted with various equipment such as buckets, forks (for lifting pallet), claws or diggers, etc. Imagine a combination crane and forklift combination. That’s a telehandler. In the U.S. we often call them cherry pickers.

The irony here is about two weeks ago we reported in “Video Shows Different Vehicles in Crash and Grab | Ram Raids” a similar type attack using a piece of construction equipment – a forklift also equipped with a telescopic boom. There the perpetrators used a claw type attachment to ram through the store front, drag out the ATM machine (both while evading the security bollards) and lift it into a trailer.

ECI will continue to report incidents where perpetrators use construction equipment and other types of vehicles to crash through various locations to help them steal cash from ATMs, the ATMs themselves and other valuables.

Be aware that anti-ram vehicle barriers and crash rated bollards may act as a deterrent to stop potential loss and damage. You can learn more about crash rated bollards or call ECI at 847.949.0134 for a site threat assessment. Or click below for direct contact information.