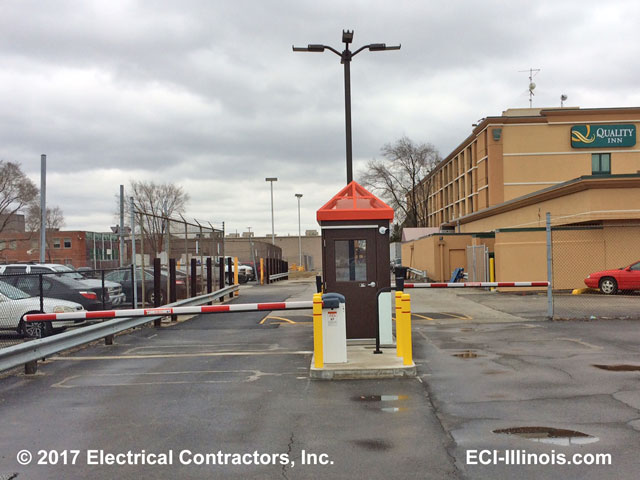 ECI recently completed a project to enhance the security for the Tootsie Roll Inc. employee parking facility on Cicero Avenue on Chicago’s south side. The challenge was to secure the entrance way and exit on the south side of an existing parking lot at the rear entrance to the plant. ECI had previously designed and installed barrier security protection for the company’s main entrance about 10 years prior.

Working closely with Tootsie Rolls’ director of security Bob Dotto, was our Al Krueger (Parking and Access Control Division Manager). Al was able to develop a concept that captured the look and feel sought by the company. His design closely matched the earlier main entrance installation.

A concrete island (pictured to the left) was initially installed by ECI on site in the fall of 2016. The fixed, or permanent bollards with yellow plastic sleeves were installed to prevent accidental damage from vehicles colliding with and damaging or destroying the new equipment. More importantly they are installed to protect guards within the guard booth that followed. Learn more about Crash Rated Bollards.

The black pole is for area lighting and is shown full height in the image below and to the right. 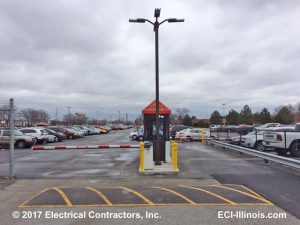 Pictured to the right is the finished installation as viewed entering the parking lot. ECI installers were Michael Husko and Don Husko.

We selected Porta-King Building Systems to supply the guard booth and the customer chose specific options based on their needs. Porta-King guard booths are also available with many other construction and security options including high security ballistic rated materials, locks and shutters as well as exterior lighting. Enhanced security features help to protect both the guards as well as the equipment (from vandalism or theft).

Hy-Security supplied the StrongArmPark DC-14 barrier gates and controls to integrate with the existing access control system. These gates come with standard 10, 12 or 14 foot arms. They are commercial grade and extremely reliable, even including a UPS back up power supply. Each has a breakaway arm bracket and kill switch. These help to lessen damage due to strikes by vehicles or operator damage.

Employees use their existing proximity cards to gain access. These are the same credentials used to gain access to and around the physical location. Thus management is able to determine comings and goings as well as attempts to gain access during unauthorized times.

Typically, an access control system has various degrees of authorized access to which employees are assigned. These can be defined by time and day zones. For instance, someone might have around the clock 24/7 access authorization. 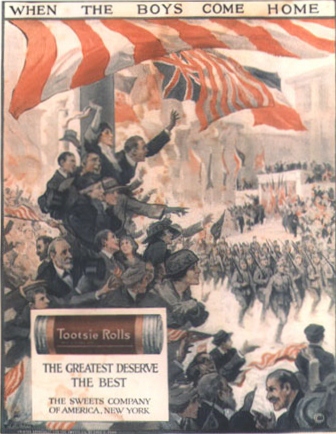 Tootsie Roll was originally launched in 1896. According to its Website, it “has grown to become one of the country’s largest candy companies, with a lineup that includes some of the world’s most popular candy, chocolate, and bubble gum brands. ” Other products include the Tootsie Pop (chocolate is my favorite!), Mason Dots, Crows, etc. Tootsie Roll moved to the Chicago location in 1968.

This patriotic Tootsie Roll poster (shown to the left) was used during World War I.

For more information about Parking and Revenue Control Systems offered by ECI, please visit our PARCS page. Or contact us: